Five days of 5am seems to be one good day and one bad. Today was not exactly bad but I woke up feeling very tired. I still went to the gym and got a good workout but I got to the gym later than usual and there is a HUGE influx of people after 7am. I then had a fairly productive day but mostly spent quality time with friends. Now, thanks to their generosity, I have an aloe vera plant which will be featuring in my blog soon! I think the plant pot I was intending for it is a little big though!

I did also come across an unexpected con of waking up at 5am. To get 8 hours, I have to get to sleep by 9, which is difficult enough on a normal day when I’m still trying to get things done. As a result of this, I’ve been getting an average of 7 hours sleep and my goal has been to improve this, but there’s an issue. Whilst spending time with friends, I noticed that the hours were ticking by, getting closer and closer to 9. In the end, I had to go home early because I was so exhausted and I’ve now been getting tired at 7, ready for bed at 9. Even earlier in the week, I missed out on an evening out because my adjusting body clock and my increased physical productivity meant that I was too exhausted to leave the house and just fell sleep. This is no way to continue.

Waking up at 5 is such a good way to increase your productivity and make you feel better about life but a huge part of my life is spending time with friends and this is often from 6 to midnight when people have finished work. If I were to continue waking up at 5 every day, I would have to get 4 or 5 hours sleep after every night out and that’s just not sustainable. I am the sort of person who NEEDS sleep to function. I do not react well to feeling tired and I don’t use any form of stimulant to keep me awake. Caffeine affects me badly and I never want to be dependent on stimulants to get through the day.

So, do I go back to normal? No, of course not. There have been so many benefits to waking up at 5am that I can’t go back. My plan is now to continue doing 5am but not as a set time. Depending on what I’m doing and how my week looks, I will adjust the time to suit me. If I’ve been getting very tired then I’ll wake up at 6 or 7 and if I have a night out I’ll have a one-off guilt-free lie in and then get back to normal the next day. When I get my body used to 9pm to 5am as the default setting and other times as unusual, my body will hopefully always be able to wake up earlier and not just revert to my night owl origins.

This Sunday, I have a dinner party with friends, so I will use this to practice changing my sleep schedule so that I can be up later for one night but be back to normal the next day. I don’t want to be at the dinner party in body but not in mind simply because I’m tired. I want to enjoy myself and my time with friends without worrying about flagging towards the end.

Overall, I’m so glad I did this challenge and I encourage you to try it too. Waking up with the sunrise, when the birds are waking up and the sky is lightening, is so therapeutic. The world just looks different when you look at it with the mindset of opportunity rather than drudgery. 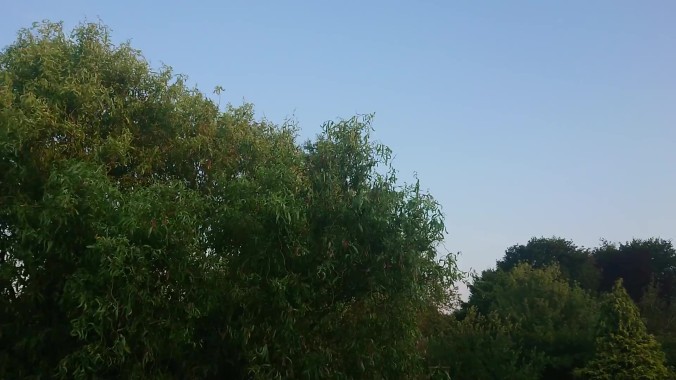 I had an AMAZING sleep. The Sleep Cycle app doesn’t do it justice but I woke up feeling so refreshed. My body may have kept me in light sleep until the time I usually go to sleep but somehow it did the job. 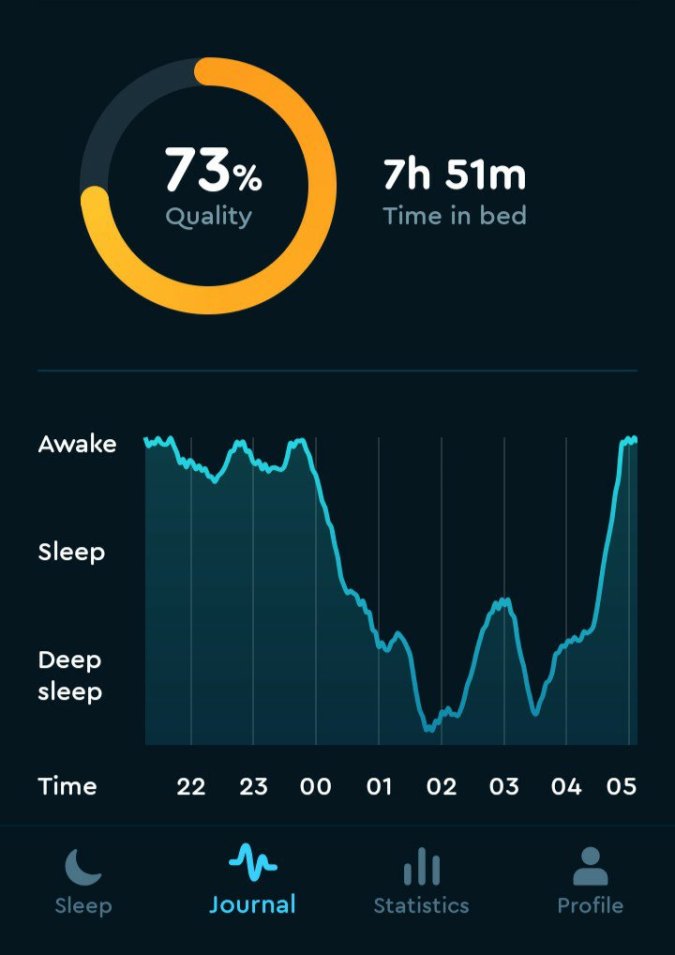 Because of this, I had my most productive day. I went to the gym and did my best workout because I finally felt brave enough to use the machines that are always dominated by body builders! I then spent the rest of the day assembling the IKEA furniture I got delivered and redesigning my room so that it actually looks bigger (my room is a cupboard).

I’m a bit achy from all this but I feel good!

Today was the first day I seriously considered going back to sleep. It took me so long to get to sleep that I only got 7 hours sleep and I woke up with a sore bloodshot eye. I felt so exhausted all morning that I didn’t go to the gym and I only went outside for a few minutes. I rinsed out my eye because it felt very irritated and, when this only relieved it slightly, I just tried to rest it. As the day went on, the soreness slowly got less noticeable but I still only really got admin done today.

I’m hoping tomorrow is better because waking up at 5 is so much nicer when you go out and enjoy the extra hours. Let’s call this a mid-week break and be in bed by 9?

I think this is starting to work already? Before I went to bed I meditated and by 9pm I felt ready for sleep. My sleep quality was so much better, 82%, which is 7 hours 26 minutes of sleep and deep sleep. As a result of this, I enjoyed a long morning and a good gym session (yes I am standing on a tiny chair to fit into the mirror!). My day was fun and productive and I’m starting to feel tired for 9pm!

I went to bed at about half 9 so it took me ages to fall asleep and then I was in and out of dreams until half 3 when I woke up as if it was 5 already. I stumbled out of bed to the bathroom and was blinded by the light. Then in my way back I trod on one cat and fell on another, making them both angry and confused as they don’t seem to realise I can’t see them in the dark. I forced myself to go back to sleep and according to Sleep Cycle I yo-yoed between being awake and being in deep sleep for just over an hour. 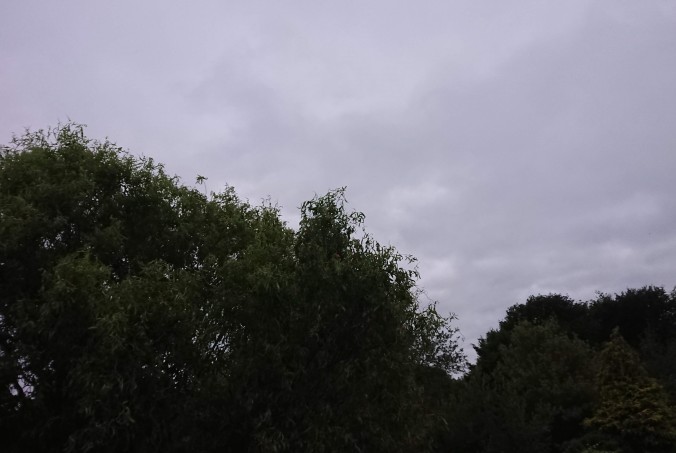 Considering all this I didn’t feel too bad waking up. I spent some time with my head out of the window breathing in some fresh air and listening to the wood pigeons, I drank some water, and I ate some Nakd bites. 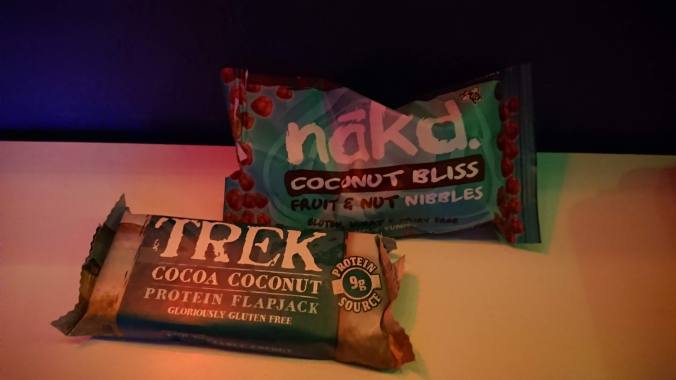 I was lucky enough to get a lift to the gym and once I stepped in to the gym I started to feel the sleep deprivation. I tried to do a simple workout but I just felt faint and my head hurt so I finished the workout in 20 minutes and then walked home feeling like I might pass out. Luckily I didn’t. I’ve never actually passed out. But I spent the 2 hours before work just relaxing and replenishing my energy levels with a Trek bar and some cereal with nuts and flaxseed.

Towards the end of the day I started to feel more normal. No better than normal but no worse. Hopefully this will get better? I’m looking forward to seeing a difference.

Waking up at 5am is one of the most popular challenges on the internet. It seems to be the ultimate test of willpower and hardiness but I never took it seriously. As someone who tends to go to sleep just after midnight and wake up naturally at 9, I am now intrigued to see if I can improve my life by waking up earlier. A while ago, I downloaded the app Sleep Cycle in a last ditch attempt to sort out my sleep pattern. The app measures your sleep and, instead of waking you up at a set time with an irritating beeping, it wakes you up at the best time between two points with music that starts quietly and gets gradually louder. As it measures your breathing, it can tell when you’re sleeping and how deeply you’re sleeping so you’ll never get woken up in deep sleep and the alarm tone doesn’t get louder if you wake up. Before I started using the app, I was going to sleep at 1 or 2 and waking up at 10 or 11, so if I had to go anywhere early in the morning I would only get 5 or 6 hours sleep. Using the Sleep Cycle app I have learned so much about my sleeping patterns and I now aim for 8 hours a night.

But then I had an extended weekend off. The knowledge that I didn’t have to wake up early for anything was my downfall. I still woke up naturally at 9 but I would then sit in bed for hours watching videos and playing Sims 4. Before I knew it, the days were disappearing and I felt guilty knowing that I wasn’t doing anything to progress my life now that I’ve graduated university. What exacerbated this was seeing how happy and successful I was making my Sims.

I downloaded the game at the beginning of the extended weekend and it was the first time I had bought a video game since I was in primary school. I expected it to be a leisure activity and an escape from reality but to my surprise it just made me see my own hypocrisy. I was neglecting myself so that I could micromanage the lives of imaginary people. I made a household of 4 young adult sims and the first thing I did was give them all careers based on their personalities. The youngest sim had 5 days a week off so I set her tasks which nourished her creativity and increased her skill set. I taught her to fix appliances, I gave her an easel to learn how to paint and a guitar to learn music. I got her to read interesting books, to clean the house, to swim laps in the pool, and to go jogging. My sims have self-published books, sold paintings, and been promoted to roles I can only dream of.

Now, of course the game is unrealistic. It’s a game. But I get annoyed when my sims do useless things on their phones such as chat or go on social media when these are things I spend a lot of time doing. So I’m a hypocrite but now that I’ve realised this I can do something about it. Treat myself like I would treat a sim.

So I’m going to do it. I’m going to fulfil the cliche of lifestyle bloggers and wake up at 5am for a week. From tomorrow, I will wake up between 4:55 (sunrise) and 5:25 and head straight to the gym. I will work out for about an hour and then walk back home. I will then shower, have a healthy breakfast, and head to work. After work, I will attempt to use the rest of the day to do all that I can. I will draw, practice the ukulele I was given a couple of Christmases ago (and have hardly touched since), allow myself to spend time reading, experiment with cooking, clean and tidy, and attempt to fix things around the house.

These activities are all things I neglect or have given up on. I gave up on both art and music in school because I wasn’t a natural so I didn’t believe I’d ever be good enough to make my efforts worth it. A terrible mindset. I have now attempted a small sketch and a simple song on ukulele (I’m Yours – Jason Mraz) and I may not be Monet or Mozart but I enjoyed myself and I will get better with time. If this week goes well then who knows what might happen?